ICC T20 World Cup 2021: All You Need To Know About Teams, Groups, Venues, Format, And Dates 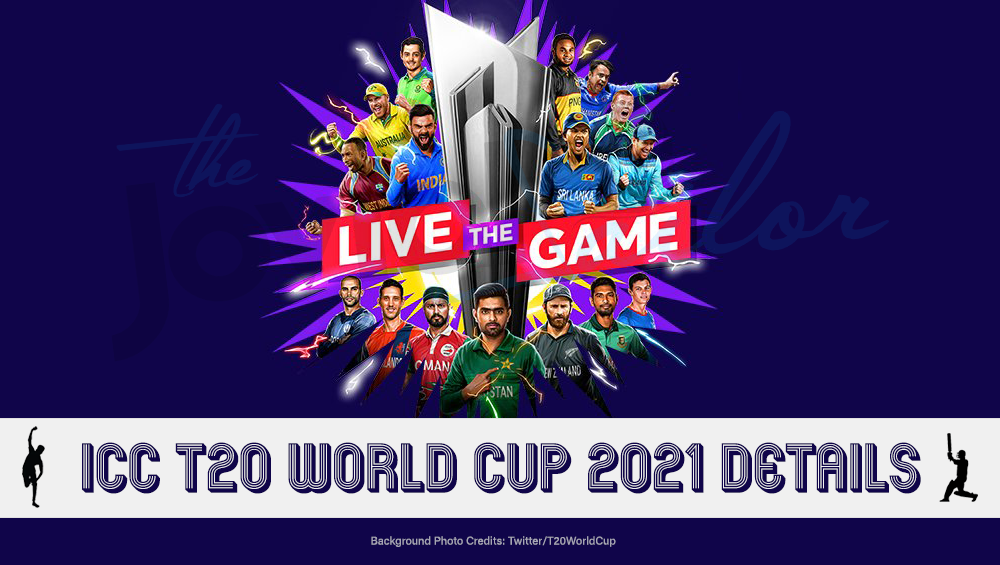 How many teams are participating in ICC T20 World Cup 2021?

In Round 2, i.e., Super 12 stage, every team will play a game with a team in their group and aim to emerge on the top or on the second place. Each team in Group 1 and Group will be playing 5 matches, before the points tally determines the 4 semi-finalists. The semi-finals will see the best 2 teams compete to lift the ICC World Cup T20 trophy.

This year the Men’s T20 World Cup 2021 will be played in the United Arab Emirates (UAE) and Oman across 4 venues:

The 7th edition of the Men’s T20 World Cup was initially set to played in 2020 in Australia. However, due to Covid-19 pandemic, India was later declared to host the T20 World Cup 2020. Due to the possible the 3rd wave in the country, the ICC announced the tournament to be held in UAE and Oman, with Australia hosting the 2022 T20 World Cup.

With only 15 days left for T20 World Cup, fans are already excited about the cricketing event. West Indies are the defending champions, and it will be interesting to see which team lifts the Men’s T20 World Cup 2021 trophy this year.

Do let us know who will win the World Cup T20 this year in the comments section below. As for enjoying the upcoming World Cup with scrumptious delicacies, you can click here to find a list of delicious dishes.

One thought on “ICC T20 World Cup 2021: All You Need To Know About Teams, Groups, Venues, Format, And Dates”