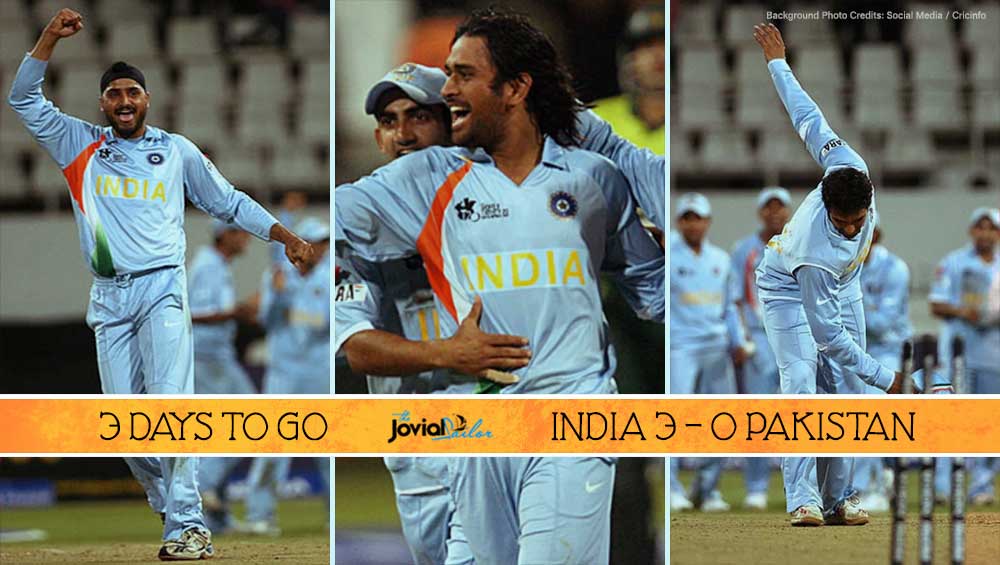 India wins bowl out: The nation of 1+ billion people rejoiced when India beat Pakistan in a bowl-out (tie-breaker) at World Twenty20, 2007. It was completely unheard of before. With 1 run needed on the last 2 balls, 4 wickets in hand, and Mishbah-ul-Haq on strike, it was pretty evident that it was Pakistan’s game to win. However, Dhoni, Sreesanth, and destiny had other plans. With ICC T20 World Cup 2021 only 3 days away, let’s see how India kept their all-win record against Pakistan at any World Cup event, intact.

Batting first, the Indian team didn’t get off a start they had have thought of. Both Gautam Gambhir and Virender Sehwag returned to the pavilion in single digits. Yuvraj Singh and Dinesh Karthik, too, followed soon. From 9/2 in the 3rd over, India quickly faltered to 36/4 in the 7th over. However, Robin Uthappa’s half-century and cameos from MS Dhoni and Irfan Pathan helped India reach a respectable score of 141/9. Click here to download the Free PDF ICC T20 World Cup 2021 Schedule.

Chasing 143, got off to a flier with Kamran Akmal and Salman Butt sparkling cameos. Pakistan lost track midway, too, as they went from 44/1 to 87/5 quick. It was Misbah’s fighting knock that kept Pakistan in the game. They needed 29 runs in the last two overs.

Ajit Agarkar, who had a decent day till then, gave away 17 runs in the penultimate over. Sreesanth had 12 runs to defend in the last over. To India’s dismay, he conceded 11 runs in the first 4 balls. With only 1 run needed on the last two balls, it was still Pakistan’s game.

A dot ball and a run out on the last ball meant India managed to escape with a tie. With new rules in place by the ICC, a tied result would see the two teams competing in a bowl-out competition.

Round 1: Virender Sehwag vs Yasir Arafat

Sehwag bowls flat, quick, and hits the stumps. Arafat bowls a full toss away from the stumps; misses!

Round 2: Harbhajan Singh vs Umar Gul

Harbhajan bowls quicker and straighter; hits the stumps. Gul takes a short run-up and the ball misses the stumps by a mile.

Round 3: Robin Uthappa vs Shahid Afridi

Uthappa bowls a seaming delivery and hits the stumps. As for Afridi, he strays the ball on the leg side and misses the stumps.

India and Pakistan have met in World Cup tournaments several times. However, India has maintained a clean slate against their arch-rivals. Pakistan is yet to beat India in an ICC World Cup event. This was, perhaps, the closest the Pakistan team came to beat India. However, we all know what happened. India and Pakistan met again in the Twenty20 World Cup Final. It was India, again, who had the last laugh. (Also Read: ICC T20 World Cup 2021: All You Need To Know About Teams, Groups, Venues, Format, And Dates)

With only a few days to go, we, at The Jovial Sailor, bring you special coverage on the 2021 T20 World Cup. Here’s a look at some of the best moments from the World Twenty20 Cup history:

5. Lasith Malinga picks 5 wickets including 3 wickets on 4 balls, against England, at World Twenty20 2012. 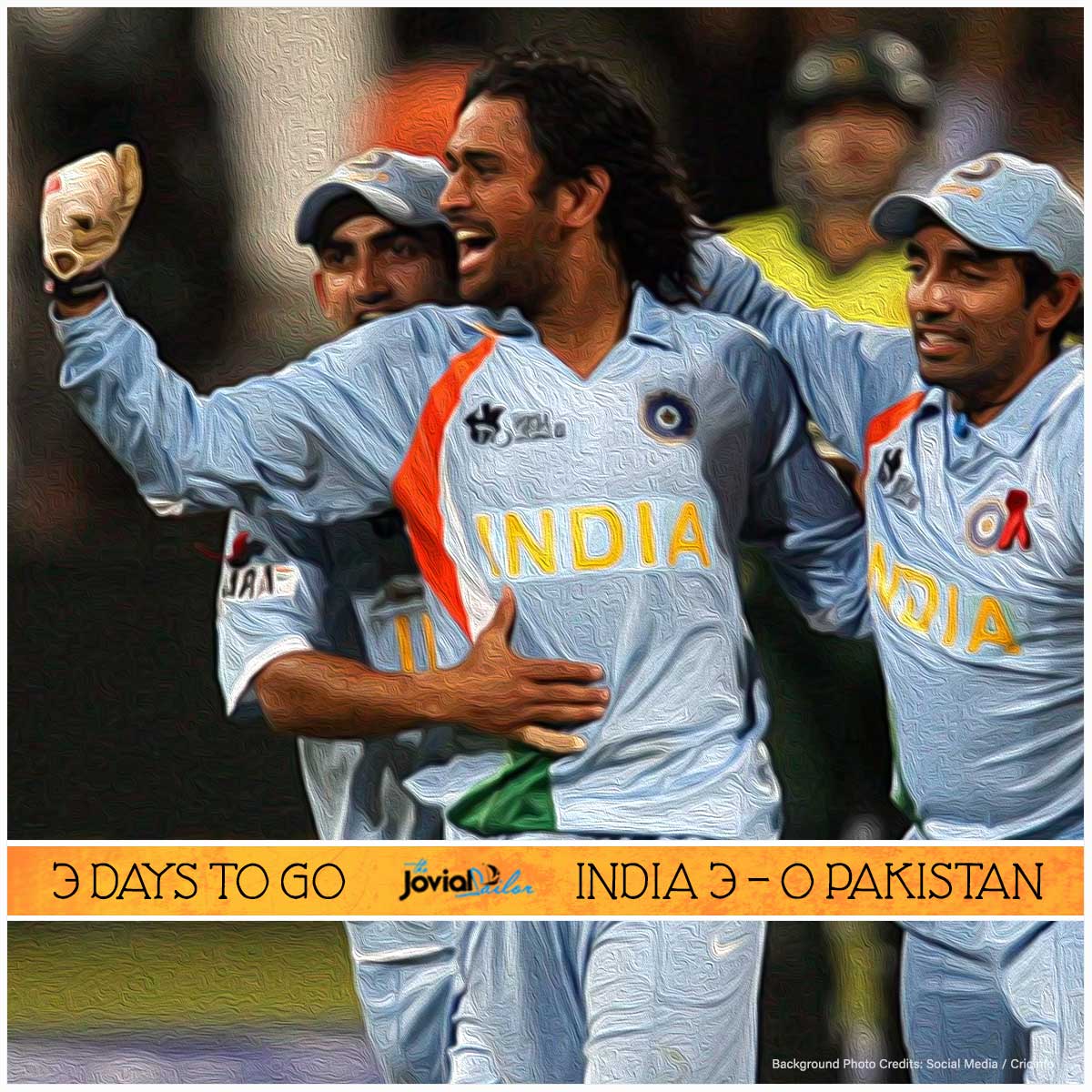 Will Pakistan be able to beat India this time? Or will India maintain their winning streak? With India set to take on Pakistan in their ICC T20 World Cup 2021 opener, which side are you cheering for? Here’s a look at the Indian team that will cross swords against Pakistan on October 24, i.e., Sunday, in Dubai.

Share your feedback and views with us in the comments section below. Do tell who do you think will win their – India or Pakistan – opening encounter at T20 World Cup 2021.

People who like to read good poems and interesting short stories can click here. As for foodies, we have got something for you as well. Stay tuned to The Jovial Sailor for more exciting updates.