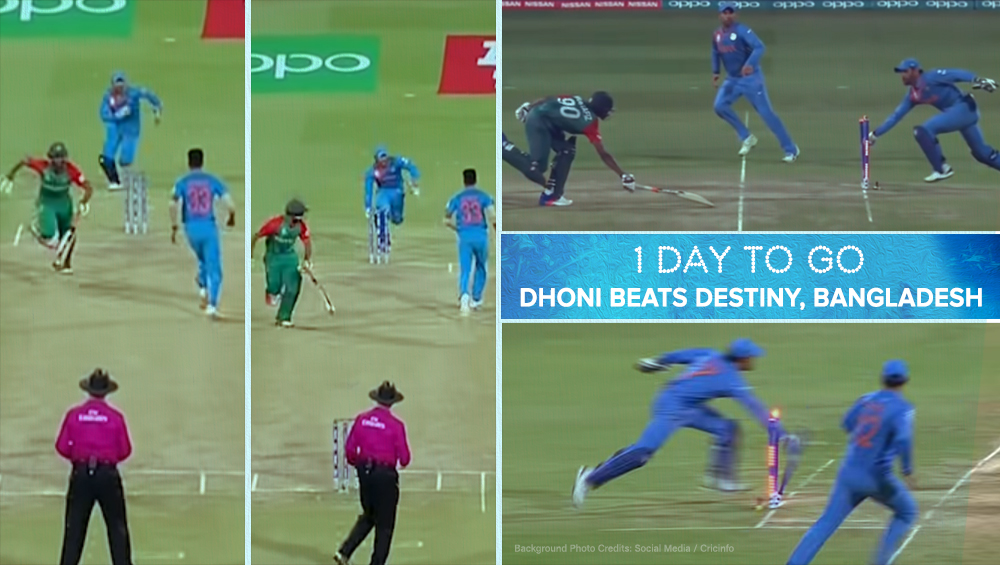 India beats Bangladesh: MS Dhoni not only beat Bangladesh but also destiny, when he ran out Mustafizur Rahman on the last ball of the game. Call it a nail-biting finish, or heartbeat-stopping climax, the India-Bangladesh match at World T20 2016 had everything one could hope for. And as an Indian cricket fan, the result as well. The humdinger of a contest saw both sides to be likely winners until India held their nerves better than Bangladesh. With only a day left for ICC T20 World Cup 2021, let’s relive those unforgettable moments!

Batting first, India got off to a solid-but-slow start. None of the batsmen really got going, and the team scored 146/7 in their quota of 20 overs. Suresh Raina was the top scorer, scoring 30 runs off 23 balls, which included a four and a couple of sixes.

It was Jasprit Bumrah who bowled the penultimate over. Bumrah, who was having a torrid match till then, produced a magical over out of nowhere, conceding only 6 runs. Dhoni had to choose between Hardik Pandya, Suresh Raina, and Yuvraj Singh to bowl the final over. Eventually, Pandya was handed the responsibility to defend 11 runs in the last over. (Also Read: ICC T20 World Cup 2021: All You Need To Know About Teams, Groups, Venues, Format, And Dates)

Here’s what transpired in the next 6 deliveries:

Pandya bowls a full-length delivery, and Mahmudullah hits the ball towards the cover region.

Pandya bowls a slower delivery. Mushfiqur reads the pace accurately and dispatches the ball over extra cover for FOUR runs.

Pandya bowls a full delivery, and Mushfiqur mistimes a scoop for FOUR runs. Bangladesh is ecstatic and has started the celebrations already!

19.4 Hardik Pandya to Mushfiqur Rahim: OUT!

19.5 Hardik Pandya to Mahmudullah: OUT!

Pandya bowls a full toss delivery. Mahmudullah goes for the glory and ends up being caught gloriously by Ravindra Jadeja at deep midwicket!

19.6 Hardik Pandya to Shuvagata Hom: OUT!

Pandya bowls a short ball outside off and Shuvagata fails to connect. They try to steal a single (as a bye), but Dhoni, who was wearing a single glove for the last ball, sprints and rattles the stumps, catching Mustafizur well short of his crease! The Indian team and fans are in frenzy!

Bangladesh began their celebrations a little too early, and the Indian team didn’t lose their nerves at the business end of the game. Hardik Pandya struck to what he asked to do and delivered at the most crucial time. In the end, it was Dhoni’s (Usain Bolt-like) sprint to the stumps that saw India home.

India vs Bangladesh has become a bitter rivalry since India’s exit from 50-over World Cup in 2007. India did defeat Bangladesh later on several occasions at ICC events, but the fan-wars on social media have stooped a new low. However, all said and done, this contest was one of the most entertaining, mentally draining, and nail-biting T20 World Cup matches of all time.

In this special ICC T20 World Cup coverage, we at The Jovial Sailor, brought you some of the best moments in T20 WC history. There’s no doubt that there have been countless occasions at T20 WC where fans would have skipped their heartbeat. However, here are the 7 best moments so far: 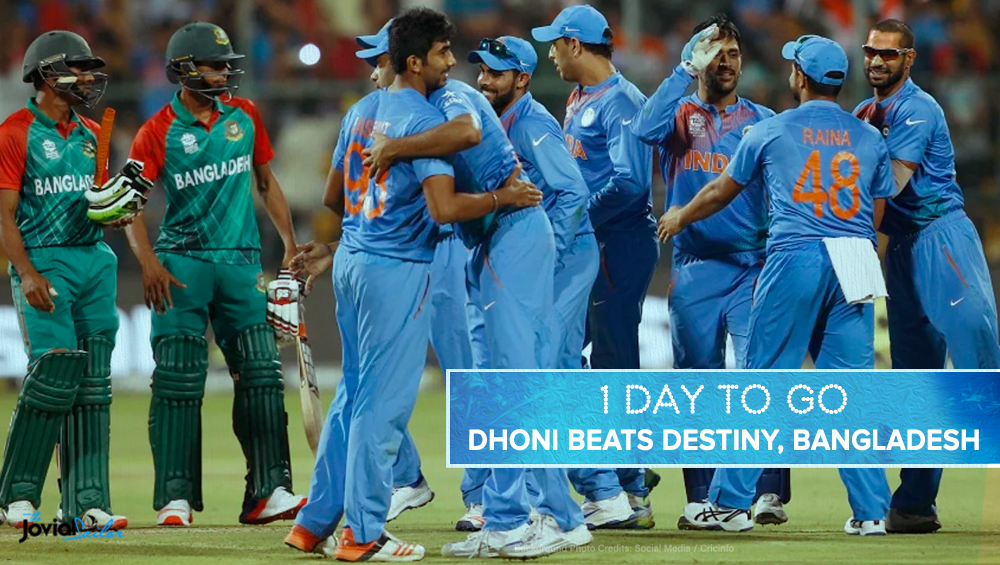 Not only did India manage to save/prolong their World T20 2016 campaign, but how they did was nothing less than snatching victory from the jaws of defeat! If Bangladesh qualifies, there are chances that the two teams will clash this year as well. Here’s a look at the squads and travelling reserves of both India and Bangladesh.

Will Bangladesh qualify for the Super 12? Will India reach the semi-finals and go beyond? Well, it for time to tell. However, what fans can now do is wait and see which team qualifies and who they meet next at this multi-nation tournament. Do tell us about your views in the comments section below!

Looking for good poems and short stories? Kindly click here! Looking for delicious recipes? You can click here. Stay tuned to The Jovial Sailor for all the latest updates about T20 World Cup 2016 edition here.