21st Birthday: The dilemma of going against your set morals! 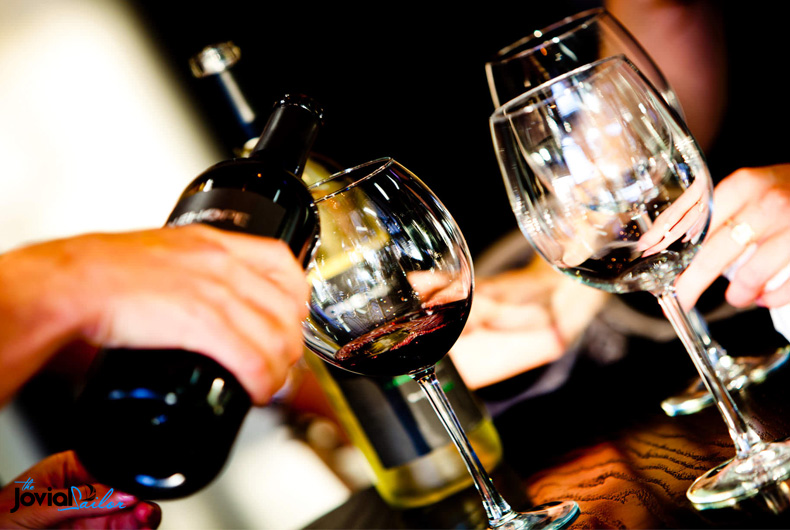 Delhi has always had a special place in my heart. Since I have studied in a boarding school in Dehradun for a period of five years, Delhi was always a place to visit in transit. A lot of my friends live in Delhi too. Everything about Delhi is so special – weather, food, and people. I know some of you might not agree but then I always found people here to be amusing. Delhi was my meeting point, always. The nostalgia of the lanes, shops, and roadside food brought along, cannot be explained in words.

Taking you back in the time; winter of 2013! After a long time, I was travelling to Delhi. There, I was to meet my school friends; the best ones; the forever types – one of the best feelings ever! To add sweetness to the moment, it was my birthday too that day, December 31. I couldn’t have asked for anything better!

The four of us – Sparsh, Sanvika, Prisha and I – were meeting together for the first time after leaving the boarding school in Dehradun, back in 2008.

A gap of 5 long years and that brought little awkward-silent moments along. We met, we talked, we clicked pictures, and we roamed around the entire ins and outs of Connaught Place. And so every moment being spent was savoury! The hunger birds in our stomach started to chirp and the most difficult question came – Where to eat? After a lot of coaxing and emotional blackmail, Pizza Hut was what we (read: I) agreed upon.

Even before we sat on our table, the leg-pulling had already begun. Who was their soft target? ME!

From talking about flirting to making girlfriends; from teasing with my school crush’s name to my non-indulgence in alcohol still, all had begun, one by one.

Sparsh took a jibe and said, “Bhai, we will surely have a drink today and you cannot deny today”.

I replied, “No way, that’s not happening. And, you guys are not drinking either.”

Sparsh – Are you serious? It’s your 21st Birthday and you are not going to taste ‘it’?

Prisha – Come on yaar, Shikhar! You can at least have it today.

Sanvika – That’s not happening and you have to give it a try today.

(Initially, I knew that it was a part of poking fun at me. The three ganged-up on me and in no time the shit just got real. A lot of chatter ensued. Eventually, and finally, I agreed to give it a try.

We ordered food and after much thought, they decided on Red Wine Sangria. The waiter who took our order gave me an unusual look – perhaps reacting to the way I changed my expression when they ordered drinks.

And then the guilt-conscious-mind started to roll and a number of thoughts poured in. Should I? Should I not? And then when the moment got all gloomy, there was a beautiful cake set in the middle of the table. I forgot about the imminent question at hand. And no sooner did I cut the cake, the smudging began. The entire face covered with cake. We took another round of selfies before I went off to wash the smudged cake.

We discussed ‘a bit’ about our careers. Our current lives too. And what’s next? I asked them to come to Mumbai someday. They all said yes, but then I knew it was not happening anytime soon.

In the meanwhile, we had glasses of water served already on the table. Unfortunately, the glass fell. My friends left no chance of pulling my leg and taunted me by saying, “Abhi wine aayi kahan hai, jo tu itna darr raha hai? (The wine hasn’t even been served yet, that you are so frightened already)”

We all had a hearty laugh!

And then, the food arrived. The drinks arrived too. But the answer to my question hadn’t. I knew that with that sip of drink I am going to break a lot of people’s trust. Not that I had promised anyone that I will not have a drink ever. But then, I was going to go against my set morals. Though, the devil inside me was telling that nothing is ever going to be known to anyone. It is your birthday and you are 21 now. You can have a little and nothing bad is going to happen.

With all those thoughts knocking in my head left, right, and centre; I wasn’t sure. A bit of me wanted to give it a try. But a part of me was holding me back. It is a moment which I would want to savour with ‘my better half’ if at all it happens; something that I had always wanted it to be memorable (and private too).

In the meantime, the Pizzas we ordered were served on the table. The waiter again (for no reason) gave a sheepish look while serving the glasses of Red Wine Sangria. He and I had an eye contact. An awkward one it was. I wasn’t so sure maybe the dislike was clearly evident on my face.

Time to serve the drinks! The first glass was served on the table. Then the second one; then the third glass too. The fourth one was eventually to be served to me. I had mixed feelings still. I moved my hand forward (with a perplexed mind) and then the inevitable happened. The glass fell down on the table. The entire drink spilled like it was meant to happen.

In a moment of despair and happiness, as I look at the liquid flowing across the table with my friend’s eyes fixed on me, the waiter said, “Aapko toh pehle se hi nahi pina tha. (You did not want to have it only).” I was shocked. The expressions on my friends’ faces were appalling. We all looked at the waiter with a clueless look. We then burst out laughing after which came a series of taunts, again.

Eventually, there were only three glasses on the table. I was relieved to come out of the conundrum i.e. of having it or not having it.

I told myself – Yeah, it is going to be with my better half, if at all it happens, or it is not going to happen at all. It wasn’t meant to happen today, no matter what.

Also, I do not know if that was any signal or something of that sort, but then the first glass drop was enough a signal that today was not the day. And, the second drop was clear enough that “Bhaiya, Tumse Na Ho Payega.”

And I am happy that I have still maintained it. Not that it is great or something bad. It is an individual’s choice. But then, I am happy that ‘that’ moment has eluded me.