From Family To Friends; Timely Help Saved A Life Fighting Against Cancer! 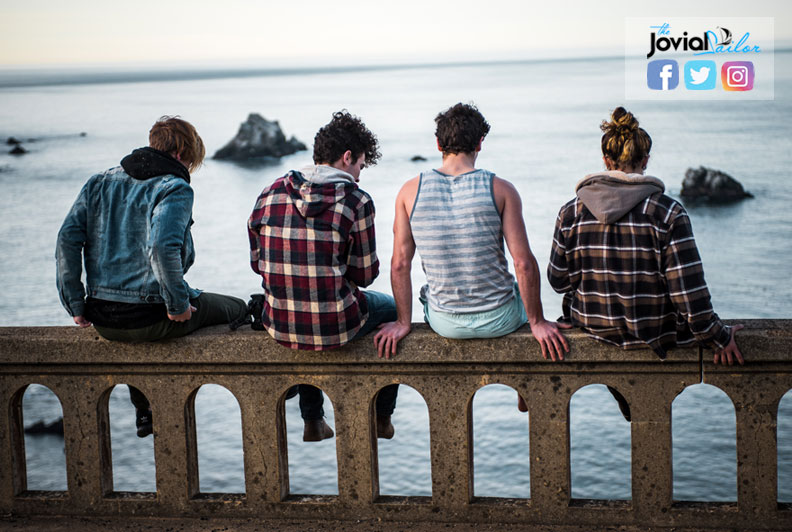 On a busy evening, I got a call from my mom, who was on an impromptu visit to Ahmedabad. She said, “It is cancer!” It was exactly opposite to what we were praying the entire week that went past by. She informed me that after a couple of check-ups and numerous medical reports being scanned, the conclusion was that he, my long-time friend, will now have to be operated for Cancer.

It took a minute to sink in, but then yeah, it was the reality. “What next now?” I asked my mom. She said that there are two options to go ahead with it; one taking the option of Civil Hospital and other would be admitting him to a Private Hospital. Things were not much complicated until she told me that there would be a huge amount that we would require if we want him to be operated in a cancer-specialist Private Hospital, whereas in a Civil Hospital he might get operated for free of cost.

I said, “I don’t think so we should opt for Civil Hospital as I am not sure about their….,” she interrupted and said, “I feel the same, but then where would we get the money for Private Hospital ?”

Me: How much money would we need?

Me: So how much money do we have right now?

She: I have talked with our family members and some of my friends, and they have said that they will surely contribute.

Me: What figure have we reached by now?

She: We have managed to reach the figure of Rs 1.8 lakhs by now.

Me: And what about the remaining Rs 1.7 lakhs?

She: We’ll have to manage it somehow.

She: How? Umm…We will have to think about that if we need to get him treated at the private hospital.

Me: That is for sure, it has to be a private one. I really do not know how civil hospital will do.

She: But for that, we will need more money, and right now we are falling short of it.

She then listed down the names of our relatives who have pledged to help us with their contributions. After a lot of chatter, she said to me if I would be able to ask for money from my friends.

Well, that was unprecedented. I was hesitant. I was reluctant. For, I had never asked for money from my friends, ever. Or can say that I don’t remember when was the last time I had asked for it. So, this had to be a huge task for me, a huge one.

And my mom being my mom, in her perfect element started to explain me things, “You will not be asking for yourself…and the money would only save someone’s life…we are not forcing anyone…neither borrowing nor fooling…etc. etc.”

All this happened while I was working and there was a hell lot of work pending for the day. On one hand, I was wondering how would I go about it, while on the other I was wondering if my friends will actually help me with this, or not. Eventually, I thought to give it a try and prepared myself to ask my friends for some money. However,  I was so occupied with other things at my end that I couldn’t even prepare a text message.

Though, I did make a WhatsApp group with the name- ‘Please don’t leave’ – and asked my friends to stay until I updated them. It took me more than 20 minutes to scan all the names in my contact list, to add them to the group. To my dismay, Out of all 450+ contacts, I could muster up only 26 people! That’s sad, I told to myself. However, the positives were that at least these ‘Special 26’ were the sure ones, according to me, who would happily contribute.

A friend of mine from Ahmedabad then called me. She asked me if I have typed the message or would I want her to write the message. I gladly said, “I will be very much thankful if you do so.” She did. After some time, I posted a series of messages in the group asking people for their help. The very basic thing which I had asked them was if they will be able to help or not. A ‘Yes’ would come very handy and would be really appreciated, but a ‘No’ wouldn’t sour our relationship. They could reply to me personally, as not many people are comfortable talking about it in a group.

I had asked them to contribute whatever amount they wanted to contribute, be it 500, 1,000, or 2,000 or more or even less. The individual’s amount wouldn’t matter much, but the total collective amount would.

Well, a couple of friends replied promptly and positively. I was happy that it worked and the extravagant move to not going on Facebook and such sites to seek help paid off. Few said that they want to contribute but won’t be able to do it immediately. Some of them asked for my account details, whereas a lot of them didn’t bother to reply.

However, another friend of mine, who runs an NGO by herself, said that she will see how much funds she can contribute from her account’s funds. I was happy initially, but was reluctant and hesitant still, as to how can I talk about donating such a huge amount and that too from an NGO. She said that it is okay, and since it is an NGO, it was meant for such purposes only. I eventually agreed.

In no time, friends started to deposit money and by the next afternoon, we had raised 13k. After a gentle reminder, people further deposited the amount and our total donation amount reached to 18k. It was a pretty good amount. Keeping the herculean amount of 3.5L in comparison would have made our donation amount look like peanuts, but then a lot of people contributed in varied denominations – 500, 1k, 2k, 3k and so on and forth. It was not about how much were they contributing, but the more important thing was that they were willing to help. I remember taking contributions of Rs. 100 too; I was really touched by such gestures.

Somewhere in the midst of all this, another friend out of the town called me up and asked for my account details as the amount that he was contributing was relatively huge to be transferred. Again, things were not normal and this was quite unusual for me to accept such a huge amount only because someone was offering it. I talked with my parents too, about it, and after a lot of back and forth, it was decided that the last call had to be mine. I talked with that friend and narrated the entire incident and said that I don’t know how much amount will we raise, but his contribution might be more than what we have reached collectively. After a lot of back and forth again, we decided to accept the contribution. However, it was later decided that if the total contribution exceeds the required amount, we would return the amount to that friend; something which the friend had outrightly denied.

And then I decided to put out a broadcast message on WhatsApp asking other 30 friends to help. Well, as expected, not many people paid heed to the message. However, it was heartening to see a few friends of mine reposing their faith in me and contributing without asking too many questions.

Eventually, in four-five days’ time, we were able to collect over 3.5L of which nearly 1L came from my friends. And trust me, this post is not about bragging the fact of we could do in so less time.

However, I have tried to draw your attention towards the fact that good people still, do exist. If you ask for help, people are ready to help. Not many and all will help but a lot of them will do. And when they do, there’s nothing like it. The little contributions might have made them think twice before donating to my friend ailing from cancer. Nonetheless, the fact remains that they agreed to help and that too in such short span of time, with no questions asked. It was something to be happy about.

My friend who was suffering from cancer was operated a week back and the operation was successful. The doctors have declared him out of danger, and have said that he needs to be cautious for the first five years. It is delightful to see him get cured with the help made available from friends and family in such short span of time.

It is rightly said, a friend in need is a friend indeed. A lot of my friends might have wanted to help me, but eventually wouldn’t have been able to, due to some of the other reasons. However, some of them did help, and that too extravagantly; and that’s what mattered. Little things, small contributions, and efforts – no matter how big or small it was; they did matter! And that’s what it is all about. And these efforts saved a life, what could be better than this. (Also Read: Another Day, Another Life: Ode To The Bravehearts!)

PS: I’d like to thank all those who helped and those who honestly replied that they will not be able to! I owe a huge thanks to all of you! So much more than words can ever describe.