RRRA Diaries: My Memoirs With Shaquille O’Neal; The Beginning 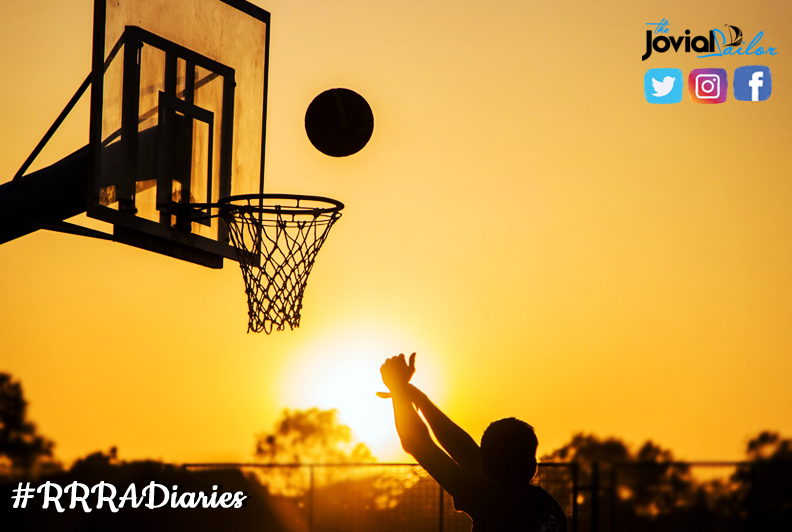 Shaquille O’ Neal, he was fondly called. Being the monster-player on the Basketball court that he was, we all used to call him ‘Shaq’. Spending five long years with this guy was nothing less than a roller-coaster ride during my hostel days – the best period of my life! I have had a truckload of memories with him.

I distinctly remember that when I had gone to take admission in my boarding school in Dehradun – Raja Rammohan Roy Academy – I was greeted by a group of boys (later, my classmates) of which he clearly seemed the uncrowned leader. I can still recollect that my first interaction was with him.

The way he carried himself, the confidence in his fiery eyes; he initiated a handshake and it was there and then that we broke the ice. It seemed a friendly gesture!

I was a very happy person to be in the same hostel where my elder brother once studied. The way he used to write us letters mentioning his dailies there, I’d been waiting to live those experiences by myself. I took admission in the same school in standard sixth. Luckily, I found him to be in the same Division in which I was, Std. VI-C.

Mostly, every boarding school has this one rule in common; the older student of the school you are, then you will have more say in the things happening around. Same was the case with him. He being a very old student (Roll No# 4***); like I mentioned earlier, he used to be the uncrowned leader of our batch.

People close to him sometimes took advantage of his affluence on juniors and sometimes also indulged in mischievous activities, of which he used to be a part of, not always though.

Like a typical Munnabhai MBBS, he along with his core friends group, were the highlights in the children-boarding & day school. However, people who were close to him knew that there lived a different person altogether behind that tough-skinned guy. I was one of those few.

It took us a couple of years initially to get along nicely. Not that we were not friends at the time I joined, but then it did take couple of years to take-off. I have fond memories of playing Basketball, Cricket, and Football alongside him. He, being one of the best in Basketball in our school, used to be amongst the first ones to get selected during team selections.

We lived together for five long years! We made memories, a lot of it. He was a good friend, a great friend rather; mostly taken advantage of, by many. I clearly remember, how in one of the incidents, he took the entire blame on him, when we were paraded in front of Principal’s office.

On one off those nights the curtains in a girl’s dorm – right across our dorm – weren’t drawn, and the lights were turned on too. It was something very unusual, as either the lights in their dorm used to be off, or the curtains would be drawn. That night, things weren’t in order.

To worsen the situation, the girls in the dorm weren’t aware of the fact that the curtain was not drawn too. Seeing this, a couple of guys from our dorm started howling. A few more joined, and later a horrendous group of uncivilised boys created a ruckus standing on the window grill and shouting their lungs out.

Sensing the danger, one of the girls in that dorm switched off the light, hoping the miscreants would stop. It did not.

In the heat of the moment, the boys forgot that the Admin Officer (AO Sir, we called him that), used to stay below the girl’s dorm. He came out of his house and saw a glimpse of the hullaballoo.

The guys knew that they were doomed, and now will have to face serious consequences. Not much happened that night, but the next day, we, all the students of the last dorm, were worried. The ones who didn’t misbehave during the previous night were more worried. But, that was usual in our boarding school – people who weren’t part of the mischief were punished equally bad!

Everything seemed fine the next day. But there was a feeling of unease too, like there is a silence before the storm. Our horrors came true when our names were called out from respective divisions we were in, mentioning that the Prinicipal has asked to meet us all. We knew it’s time. Either it is going to be suspension or we would be royally thrown out of the school!

However, we assembled outside the Principal office with whatever courage we were left with. The 12 of us stood there with our heads hanging down. The Principal, all fired up, started scolding us. There, we saw a hockey stick in his hand.

“Tell me who did it, or otherwise I’m going to hit you all hard and even throw you out of the school,” sternly said the Principal. After a brief pause and a couple of stolen glances, it was this guy who stepped out of the line, and said, it was me, and because of me, it all started. It is nobody else’s fault. Bewildered and baffled, we were asked to leave for our classes, even before we could realise at what had just happened.

That incident completely changed my perspective about him. For someone who used to look like a bully and tough-nut to crack, was actually a different person. For someone who virtually had no role in the incident out there, was taking complete blame on himself. For whom? His friends!

…….to be continued! (Part II: RRRA Diaries Part 2: My Memoirs With Shaquille O’Neal; The Five Year Journey From Friends To BFFs!)

2 thoughts on “RRRA Diaries: My Memoirs With Shaquille O’Neal; The Beginning”