RRRA Diaries Part 2: My Memoirs With Shaquille O’Neal; The Five Year Journey From Friends To BFFs! 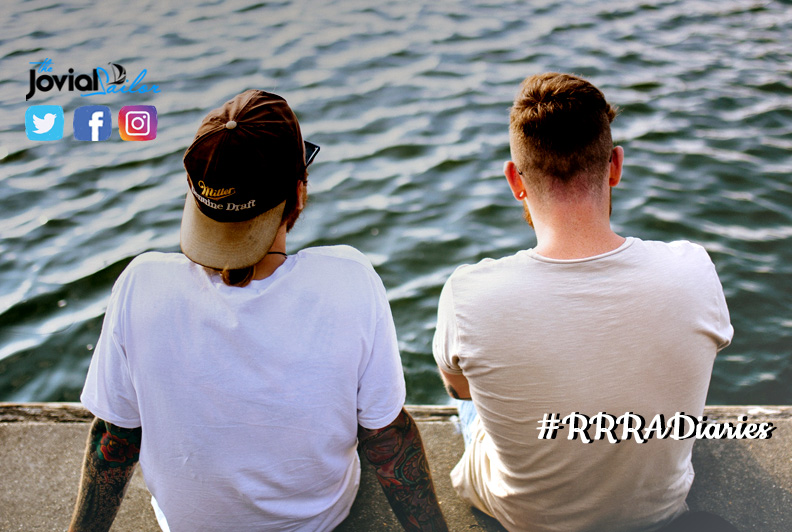 That incident completely changed my perspective about him. For someone who used to look like a bully and tough-nut to crack, was actually a different person. For someone who virtually had no role in the incident out there, was taking the complete blame on himself. For whom? His friends! Those who haven’t read the first part can read it by clicking on the following link – RRRA Diaries: My Memoirs With Shaquille O’Neal; The Beginning.

It was not about the punishment, it was not about the warnings or any such thing. It was more about someone who seemed to be so different, was a completely different person. However, we all were given last warnings; some of them were threatened that their parents would be called. I could never know what was told to him. He never discussed it with anyone. He just weathered the storm and let it go as not much had happened.

After being in different divisions in Std. VIII, we were put together in class IX, i.e. in B division. We’d our other friends, new friends and everything seemed perfectly fine, till we came across our class teacher, Ms. Jaimala Bahunguna. He was the first to initiate the talks of changing our class division, citing her violent behavior with the boarders and day-schooling students alike. However, she showed her love (read: strictness) for boarders a little more.

He was all worked up and wanted to change to division A, where Ms. Deep Bargoti – one of my favorite teachers, was the class teacher. I was reluctant at first, but then looking at the class teacher and the group of boarding we had in that class, I found it safer to shift to division A. Not that we had problems with the boarders there, but then Division seemed to be the perfect alternative. For those of you wondering why not other divisions let me tell you, we had only three divisions, i.e. A, B, and C, and C was for Commerce students. Since we were Science students, A was the first and last choice.

We weighed in our options and made up our case to present it to some influential teacher. Students of the school would know, Bharat Sir. He was a one-of-its-kind teacher in our school. We both went to him and advocated our case. Initially, we were shrugged off by him, but then after requesting and pestering him for a couple of days, we were eventually transferred. We were quite relieved to be in a more-disciplined class.

It was during this period my friendship with this guy from Patna grew. This was also the time, when the old-him had toned down, and the better person in him started to take center-stage. Initially, there were eyebrows raised as we shifted to Division-A, but then since he was a much-changed person now, it was all cool in a couple of days.

I remember seeing him play Basketball with the other senior guys in our school since I took admission in the school. I, till long, had to wait to get that chance. He was that good as a basketball player. His behavior, physique, and style of play made everyone call him ‘Shaquille O’Neal’; a Basketball legend in NBA. We played a lot of matches together.

My first major tournament with him was Under-13 Basketball tournament. The cheers, the matches, the wins, and losses are still so clearly etched in my memories. In my 5 years stay at RRRA, I remember picking him over any player whenever I got a chance to be a captain. We played a lot of inter-class matches amongst ourselves in class IX and X.

During our winter-camp, we had kept a competition of Basketball, Football, Indoor and Outdoor Cricket (and Volleyball too, if I remember) between Division B vs. Division A and C combined. It was one hell of a competition. We won the majority of matches, but those score-lines don’t matter now as much it did then; all that matters is the memories we carry from those times!

Studying was never a huge task for us boarders, with a lot of us believing in studying a night before our exams. Not that we were not sincere about studies and didn’t worry about grades, but then we ensured that our academic performances didn’t dip because of our extra-curricular, sports, and other ‘alleged’ activities.

My friend and I used to make promises every weekend, “Dekh Bhai, Ye Monday se pakka serious hona hai. Pakka padhai start karenge.” We remember saying this to ourselves the entire academic year of class IX. The things didn’t change in the board-exam year too. It was after our Winter break in December, that we decided that it’s high time we study. And we did change. Not much but yes, that we managed to score decent grades in our ICSE exams.

Helping each other save from different teachers, during exams, eating together in the canteen, sometimes irritating teachers – we were involved in a lot of fun. I was a person who wanted to return home with as many memories as I can. I remember pleading him to join us for the annual class photograph, “Please bhai chalna yaar. Aisa kyun kar raha hai. Chal. Saath mein chal. Side mein khade ho jayenge. Last class photograph hai etc.” He did not budge. He just said that I should go and that he would not want anyone to look into the school magazine and use cuss words for me in future. It is better that I avoid!

It saddened me a lot when he denied being a part of our class photograph! As much as he was loved by a section of people in the school, he was hated by the other half – mostly misunderstood him, the others were jealous, and kuch toh paap isne bhi kiye they!

As our stay at RRRA was nearing its end, I remember, taking my Diary and Slam Book to him to fill it.

He wrote me this:

We parted ways and promised to stay in touch. A lot of friends did. In fact, the entire batch did. However, as they say with time, you do realize how your real friends stay with you and others wash away with time. He stayed all along till he was there. In the initial years, we couldn’t keep ourselves in touch frequently but we made sure that we did talk on each other’s birthdays, no matter what. In subsequent years, we talked more and more and were in touch for a long time.

When we left our school, a lot of friends promised to keep in touch. This guy did too. Not many were able to keep their promises. This guy did. Even when you weren’t in touch with him, you would have found this guy calling you one random day and talk. Same was with me; I used to call him often with whenever there was a prolonged period of no-contact. We often joked around taunting each other with ‘Jai Maharashtra and Jai Bihar’ chants while disconnecting our calls. It was fun to talk with him time and again.

I remember, once, when I was in the second year of my college. He joked with me about he being diagnosed with Cancer. I was appalled. I got sad. To worsen it, the dude said, the doctors have said that he has very less time, say 3-4 years. I got scared. I sort of knew that he is joking around, but then he being he, was serious when he told me this. I didn’t talk for a couple of seconds then.

An awkward mutual silence between us was broken by a chuckle by him. He said, he was joking and I took it way too seriously. I knew he was, but then it was the perhaps the first time, the thought of losing someone so close hit me hard. I said, “Never ever try to repeat this prank with me. EVER!”

Things were going fine, we talked for years after that incident and everything seemed so cool. We talked about everything from our careers to sports, from politics to films, from health to our respective future etc.

I clearly remember how we talked for the last time and he was all happy and was planning a trip to travel Mumbai and pay a visit; a promise that he made every year after leaving RRRA and I was quick to remind him of that. He and I both shared a healthy laugh. But then he quickly retorted that this time he is finally going to come and we will enjoy in my city.

It was until in the second year of my MBA, things got a little fishy.

….to be continued into the last part, soon… stay tuned!