School Memories’ Poems: A Collection of My Experiences at My Second Home – RRRA! 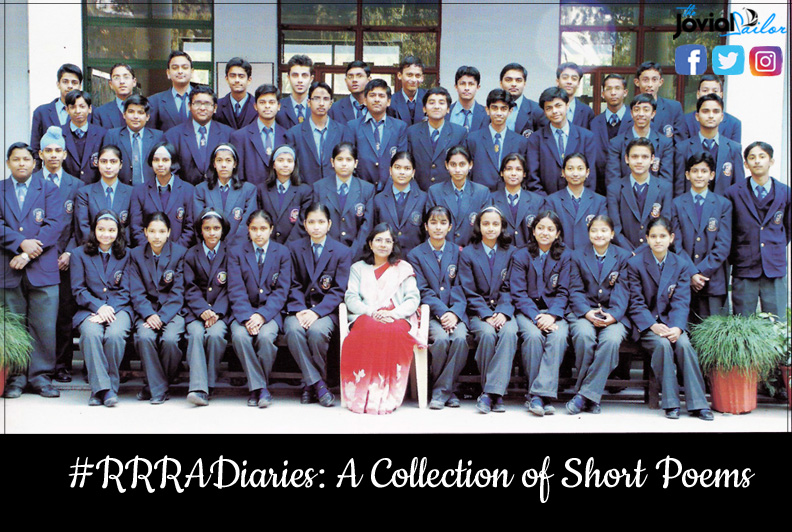 I have spent over five years in a boarding school in Dehradun – Raja Rammohan Roy Academy – which I fondly called my second home during my stay there. It was, in literal sense, a home away from home.

From getting up early in the morning to going to sleep early in the night (yes, this was a norm), from having our breakfasts together to sneakily cooking Maggi in the night – my friends and I have been through every ups and downs of a daily life. The bonds that we made, the chemistry that we shared, the friendships that we have maintained is second to none.

Here, in this short series, I present to you a few of my experiences, which I am sure a lot of the people who have lived in boarding schools or away from home for a period of time. For those who haven’t, this comes to you as a slice of a boarder’s life!

Home was the nxt stop,

Friends were to b separated,

A pair of eyes gleamed in delight,

Hoping & wishing with a smile so bright,

After surviving for an entire tumultuous day,

Finally, the two were to be on their own melodious way!

With no logic, respite and mercy,

A chilly night, a stubborn batch & the drama,

All of it – the entire drama – played out in pretence, every year!

Excitement in the air,

There was lot of pride at stake,

With faith & fierceness in the eyes,

Everyone hopeful; a glance to the skies,

A lot of it was coming back; it felt so majestic,

A whistle blew.. the alarm rang; the golden days had just flashed by!

For someone who has lived a majority of his schooling life in a boarding school, I am sure you’ll be able to relate. Or, if you happen to be in the same school as I was in, I’d request your feedback! Do share your experiences and suggestions in the comments below; I’d be eager to read your memories.