The Journey That Will Be Cherished Forever, The Wrong Turns Too: Part I 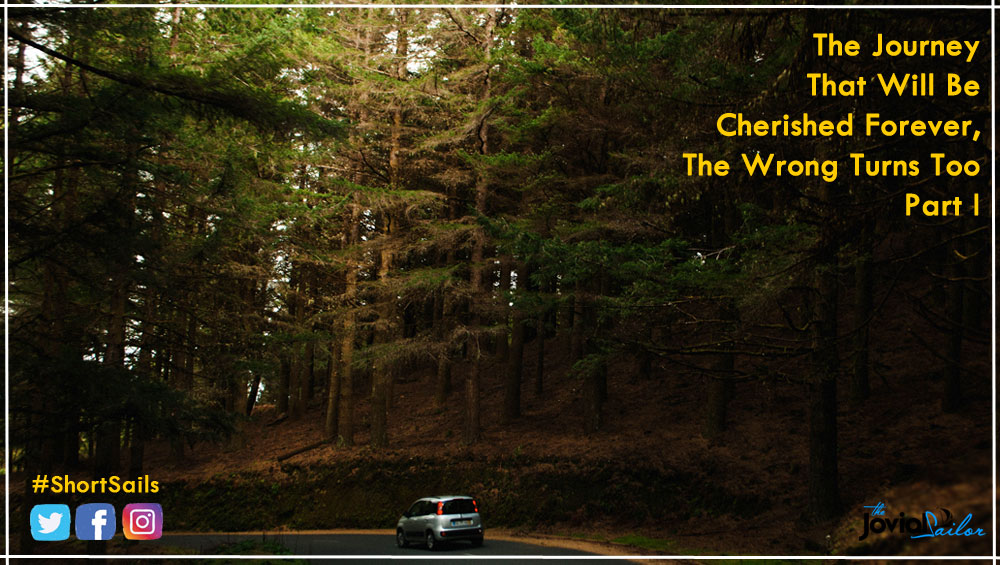 It was drizzling when we set out in our car for the trip I have been planning for two months. My aunt packed us breakfast and told us that we must eat before we reach Idukki. We four were going on a two-day tour together for the first time, which was much to worry about for all our respective parents. However, everyone trusted the older cousin and he ensured that we will not have to listen to more advisory in the morning. It has been three years since I took that trip which bonded us dearly well and the best road journey of my life so far!

We had planned the trip around another cousin’s wedding, in which most of our relatives were attending. Mallu weddings until recently were a minimal affair with all the galore limited to decking the bride. But with cousins and friends who hadn’t met in years, this one was thoroughly a celebration. Two days after the wedding madness subsided, we decided to get going with the trip.

Innumerable times of going to Kerala during summer vacations as a kid, but not once I had visited the northern part of the state. Forests, rivers, fog-capped hills, and acres of tea-plantations have decked this part of the state. We bid goodbyes to our family members and were all gung-ho to explore ‘God’s Own Country’ with Google Maps dictating our way. Once we crossed the busy towns, buzzing with morning chores, the roads got quieter.

With only tree branches swinging in the wind they were our only constant company. We passed beautiful waterfalls on the roadside, increasing our expectations as we rode up the hills. (Also Read: Eve-teased in office. Should I have quit? NO!)

We had reached unfamiliar sounding places and were riding up a slightly steep slope when we reached a dead end. On the right, there was a pit and to the left, there were tall trees trying to kiss the clouds. Taking a reverse turn was quite dangerous, and I suggested getting out of the car, afraid of it toppling, deep inside.

Only I seemed worried, while the one driving was abusing Google Maps for directing us wrong, my brother in the front seat was directing him looking at the Geography around. Not a slight hint of fear in them and adding to my worry was Anu playing songs on her phone unaware of her surroundings. I told her to lower the volume and concentrate on how we are all going to die in an unknown place. Thankfully that startled her and shut her phone quiet. (Also Read: From Family To Friends; How A Timely Help Saved A Life Fighting Against Cancer!)

I kept repeatedly telling my brother to be utterly careful unless something happens. He smiled to that trying his best with the turn.  He had finally managed to rotate the car, and now we were facing a steady slope. One problem solved, another begins. As much as I did not trust the four wheels, my brother did.