It Isn’t Easy To Be MS Dhoni, Just Like It Wasn’t To Be Sachin Tendulkar: IPL 2020 Roundup 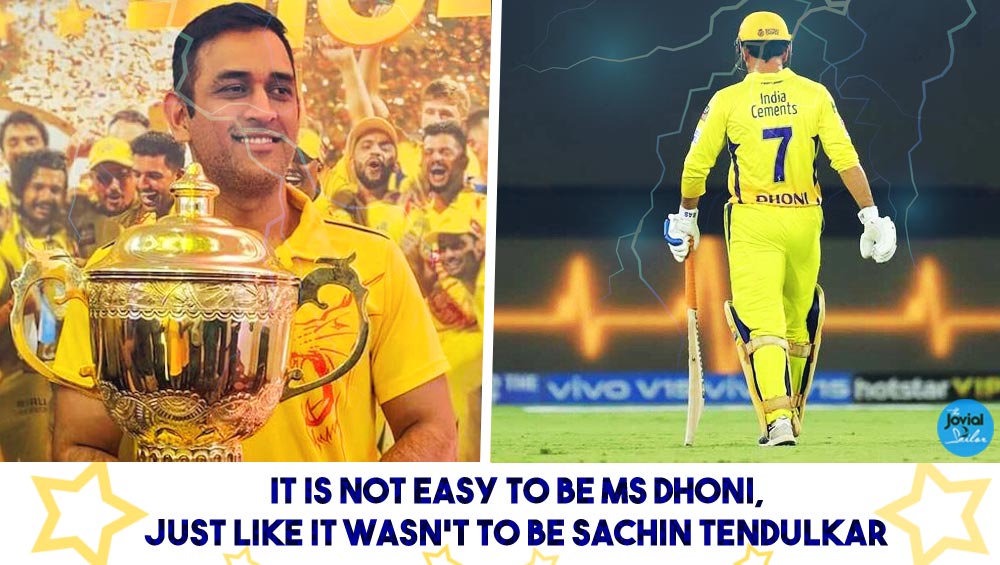 Well, It is not easy to be MS Dhoni! Just like how it was not easy to be Sachin Tendulkar. Every time the Master Blaster came out to the crease, the billion-people nation expected him to score nothing less than a century. The baton has been passed on, and it is the same – perhaps, worse – with MS Dhoni. Every time he has walked out in the middle, the fans have expected nothing but miracles from him. And it doesn’t stop there.

If he has failed as a batsman (his secondary role), but not as a wicket-keeper (his primary role) or as a captain, ‘Captain Cool’ Dhoni has been at the receiving end of critics, former players, and fans! Even after achieving a rare feat of playing 200 IPL matches, MS Dhoni has some of the fiercest of critics to lambast his style of gameplay. (Also Read: IPL 2020 Official Schedule: Dream11 IPL 13 Matches TimeTable, Dates, And Venues in UAE)

Well, the Chennai Super Kings (CSK) skipper MS Dhoni might have had a couple of bad seasons, and this one (IPL 2020) could be even worse for him. But it doesn’t diminish his aura, his legacy, or his glittery career that we all have loved time immemorial. Yes, we cannot like Dhoni’s performance of late, and his approaches recently, but the least we can do is to not hate the man he is. Let’s not forget he is the only captain to win all the ICC Trophies, and one of the most successful captains in the IPL. (Also read: IPL 2020 Points Table)

A closer look at MS Dhoni’s IPL stats tells us that he has been there when his team has needed him the most. The CSK captain has managed to keep his average at 40+ all IPL seasons, and strike rate across the 13 seasons of IPL have been pretty much strong at 137.67. These are even higher than Virat Kohli, Rohit Sharma, and Suresh Raina (top 3 run-scorers in IPL history). So, why are we blaming MS Dhoni for everything? 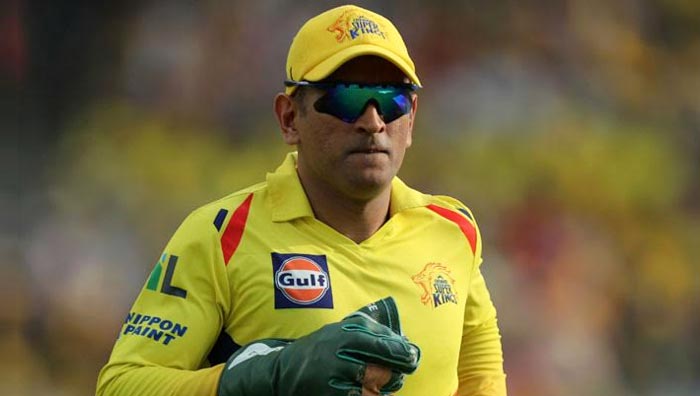 Every player is coming off a long break due to Coronavirus pandemic. And this can’t be an excuse for poor performance. But is it not the truth? The last competitive match that he played was against New Zealand at World Cup 2019. The conditions in the UAE are not so favourable either. Even the best fitness-loving players are seen struggling in the middle. But, do we not know him as one of the greatest athletes in the Indian team, even at his age?

Here’s a look at the captaincy record. MS Dhoni has officiated in almost all the matches he has played in IPL history, except a few. And his record says it all. Mumbai Indians might have won 4 IPL trophies, but Dhoni has 3 trophies, and 4 runners-up against his name. Not to undermine Rohit’s calibre a bit here, but the point is Dhoni has successfully carried a franchise on his shoulder for nearly a decade, something no other player has ever done.

Most matches as IPL captain: MS Dhoni’s captaincy record in all IPL seasons: 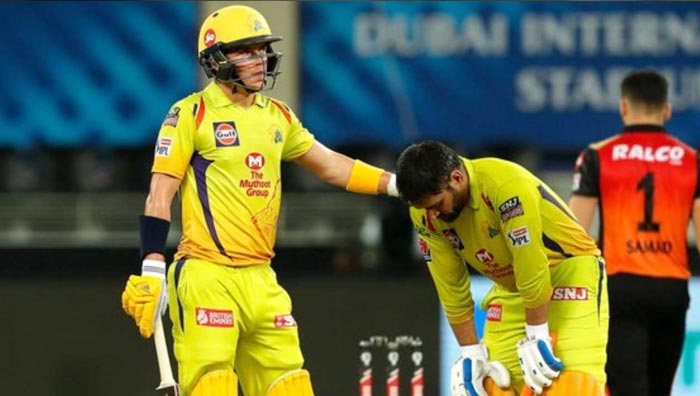 So, it is not like Dhoni doesn’t know his game, or it is something new that he is doing. He knows what’s in the best interest of his team. He is playing according to the team strategy set by CSK management (which includes him as well). A couple of matches that went haywire and the entire gang of pseudo-fans are running after Dhoni’s life. Not to forget, the CSK’s openers are struggling, and so is their middle order. A team that won the IPL trophy 2 years back, and nearly clinched the IPL title last year, is struggling in foreign conditions. (Also read: For a Happy Life, I Dream).

Maybe something is wrong with the CSK in entirety and not a single person? It is a collective failure, where the CSK team has not managed to click as a unit! Speaking about his wicket-keeping skills, the performance behind the stumps hasn’t dipped either. A look at his statistics after completing 200 IPL matches tells a different story altogether. 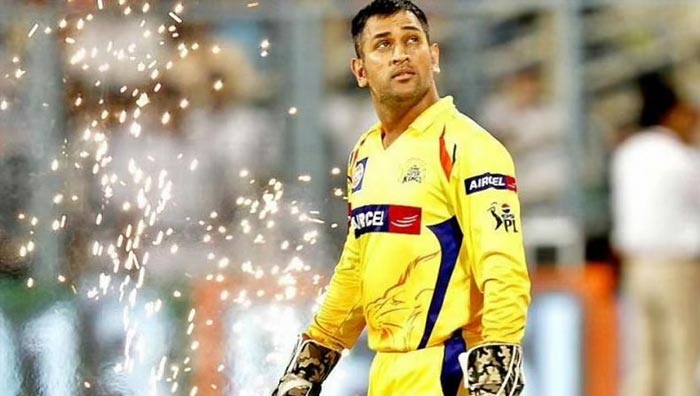 MS Dhoni shot to fame quite early in his career due to his flamboyant batting style. His popularity reached its pinnacle when he led India to its maiden T20 World Cup win in 2007, and ICC World Cup win in 2011. Since the first trophy in his silverware cabinet, there’s been no looking back. India, or even Chennai Super Kings, haven’t been able to find a worthy replacement yet. Be it about his wicket-keeping skills, batting prowess, or having an eagle-view of the game – MS Dhoni has aced every department he has been a part of. Well, DRS is not called ‘Dhoni Review System’ just like that.

Dhoni has earned every bit of respect in the last 15 years of his cricketing career. There might have been a rare couple of occasions, where you would have seen him lose his temper, but other than that, he’s earned the title of ‘Captain Cool’ too. A quick look at the players’ list of most IPL matches.

Most matches in IPL history – Player with most games in all IPL seasons combined: 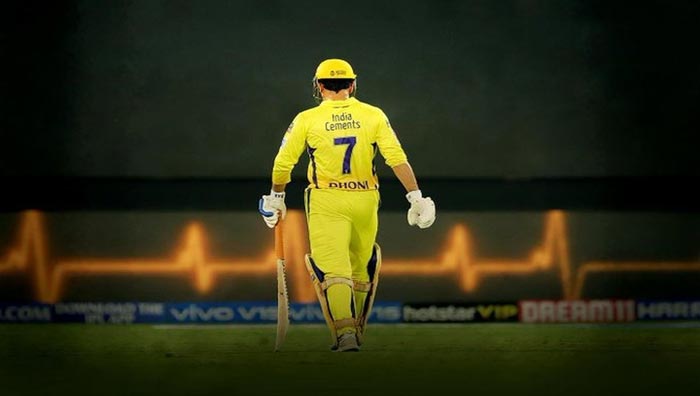 Time to bid adieu or there’s still some fire?

MS Dhoni has seen it all in his 13-year-long career. His glittery IPL career cannot be marred by a couple of bad seasons, a handful of bad games, or a few bad decisions. In retrospect, one can’t even count the number of on-field decisions that he has taken that have resulted as he would have liked them to be. Remember Kieron Pollard’s catch at straight mid-off in 2010? Well, that’s just one magical moment in the sea of Dhoni’s school of wizardry.

Well, it’s just the fans’ expectations from him in the last few years have increased so much so that it seems to have affected his game. However still, his statistics in IPL 2019 and IPL 2018 tell a different tale. The IPL 2020 season might be disastrous for Chennai Super Kings – or MS Dhoni in particular – it still doesn’t diminish Dhoni’s aura. For he was, is, and will be a legend forever!

Maybe he is in the twilight of his career! Maybe IPL 2020 is his swansong. But rest assured, we all know, Dhoni is not going down without a fight! With curtains nearly down on CSK’s chances this year, it will be interesting to see how Dhoni agoes about his IPL career when IPL 2020 is over!