Independence Day 2018 Special: As India, You, Celebrate 72 Years of Freedom, Take A Moment And Think! 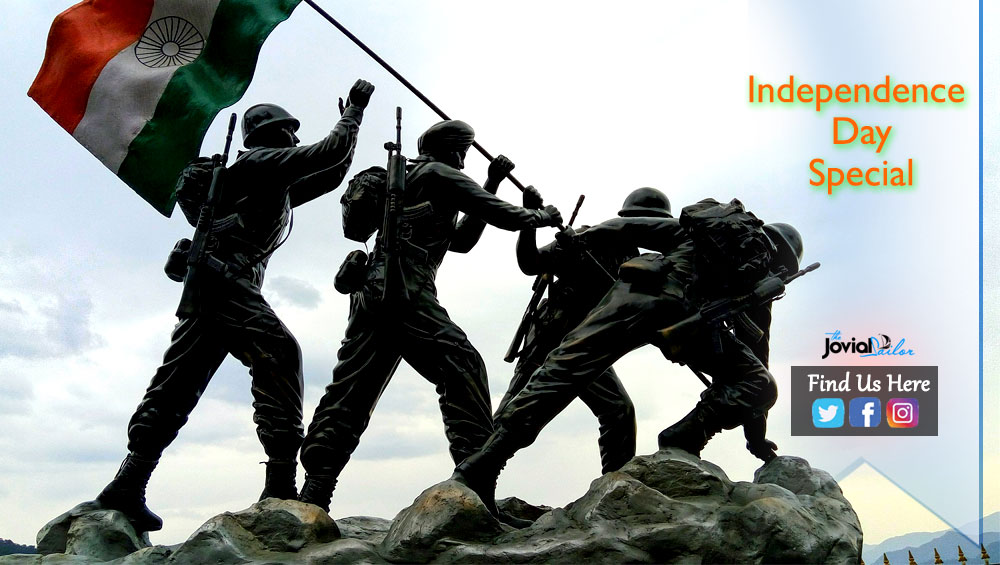 It is not just a regular day as India will be celebrating its 71st Independence Day, today. While delivering his first speech as India’s first PM, Jawaharlal Nehru had said, “Long years ago, we made a tryst with destiny, and now the time comes when we shall redeem our pledge, not wholly or in full measure, but very substantially. At the stroke of the midnight hour, when the world sleeps, India will awake to life and freedom.”

As India celebrates its 72 years of freedom, this year, we wonder, did we really made a tryst with destiny? We have come a long way since August 15, 1947. Millions of people laid down their lives striving for an independent India, so that we can breathe in an independent India.

Scores of people, rather thousands laid down their lives.

Unknown and mysterious were their deaths.

Subdued and whitewashed, were their heroics and legacies.

Courageous and brave, were their attributes.

Fearless and daring, were they in their approaches.

Gave their all, sacrificed everything,

For you can breathe ‘freely’,

Little did they know, their valour would be nothing,

But a chapter in the lost pages of history!

Growing up, we realised how only it wasn’t Mahatma Gandhi who led India’s struggle for Independence. The ones who couldn’t make to the textbooks and the ones who didn’t fit in historians’ scheme of things were left out. We came to know that how Nehru’s political ambitions cost India against China, Pakistan and United Nations.

It came to light how the legacies of Subhash Chandra Bose and Sardar Vallabhbhai Patel were subdued. The deaths of Lal Bahadur Shastri and Dr Shyama Prasad Mukherji (most of us don’t even know who he was, please Google!) remain mysterious.

It is sad that we are schooled a very polished version of India’s independence. It is even more unfortunate that the socio-political history of the last 70 years is not even touched upon. Instead, glorifying Mughals and deriding Indian kings and rulers of yesteryears, remains a constant precedent.

Cribbing, howling, and trolling are the means to venture out our frustration. It is my way or the highway. I do not care. Chalta-hai. India hai yaar, yahan aisa hi hota hai. The nonsense has to stop. It is okay if you sip coffee with your friends and chill out on any given day. It is perfectly fine to live in a parallel world with nothing to do with what’s going on around you, or rather, what went into it, that you can ‘breathe freely’.

People don’t exercise their fundamental right (and duty) to vote during elections. Then they crib about things, howlers, carelessness, corruption and misgovernance on the part of the government. Not that the government should not be held accountable for their promises and the duties bestowed upon them, but then are we doing our bit? This comes to a tiny example of how we all create a ruckus about fundamental rights, but no one seems to give a damn about fundamental duties.

Well, that’s what not all this post talks about. Take a moment. Think about it. Is it why millions of people fought tooth and nail so that we live so timidly? Is it why they sacrificed their tomorrow(s) for our today? Well, the answer would surely be no.

Patriotism is not always fighting it out on national borders or something of that sort. It is much more than that. A battle to be a responsible citizen is also doing something for the country. For it may not matter now or today, but if you do not, you cannot think of a better tomorrow!