Lasith Malinga Picks 5 Wickets: In his prime, Lasith Malinga was one of the best bowlers in the world when it came to limited-overs cricket. Malinga’s blistering pace, toe-crushing inswinging yorkers, and unorthodox round-arm action made him one of the toughest bowlers to face. Popularly known as ‘Slinga Malinga’, his accuracy and ability to pick wickets upfront were some of his strong suits. With ICC T20 World Cup 2021 nearing, Sri Lanka would feel his absence the most!

Lasith Malinga has picked up 3 wickets in four balls, 4 in four, and has achieved other notable feats too. As T20 World Cup nears, we checked his list of achievements and picked up one of his best performances. Malinga’s 5-for against England, sent the latter crashing out of World Twenty20 2012. Click here to download the Free PDF ICC T20 World Cup 2021 Schedule.

Before that match, Malinga had fared poorly at T20 World Cup 2012, picking up only 3 wickets in 4 games. However, Malinga soon doubled his tally in the 3rd over, ending the game with 5 wickets against his name. His spell of 5 for 31 saw Sri Lanka win the game comfortably by 19 runs.

The talk before the match was about England’s ability to handle spin in Sri Lanka. Having said that, it was not spin, but the ‘Malinga Express’ that derailed England’s 2012 World Twenty20 campaign. (Also Read: ICC T20 World Cup 2021: All You Need To Know About Teams, Groups, Venues, Format, And Dates)

Bowling his first over of the match, Lasith Malinga blew away England’s top order in some style. In the space of only 4 balls, England’s top 3 batsmen were sent packing by Malinga’s brilliance. The three victims of Malinga’s sheer accuracy were Luke Wright, Jonny Bairstow, and Alex Hales. After 15/0 in 2 overs, England was tottering at 18/3 after the end of 3rd over.

The excellent over had all but blown away any chances of the England team to qualify further in the tournament. Samit Patel and Graeme Swann showed some hope in the latter half of the game. However, Malinga returned to bowl the 19th over and delivered a body blow to England’s hopes. Patel was bowled by Malinga’s pacy full-toss, which ended his match-saving effort of 67 runs off 48 balls.

Lasith Malinga is a legend when it comes to bowling in the shortest forms of the game! Malinga’s impeccable yorkers, deceptive slower balls, sharp bouncers, and glittery hairstyle are some of the highlights of his legacy. In September this year, Malinga announced his retirement from all forms of cricket.

In this special coverage of the 2021 World Cup T20, we, at The Jovial Sailor, present you with some of the best moments of ICC Men’s T20 World Cup history. With only a week left, we bring you the 7 best moments here:

5. Lasith Malinga picks 5 wickets including 3 wickets on 4 balls, against England at World Twenty20 2012. 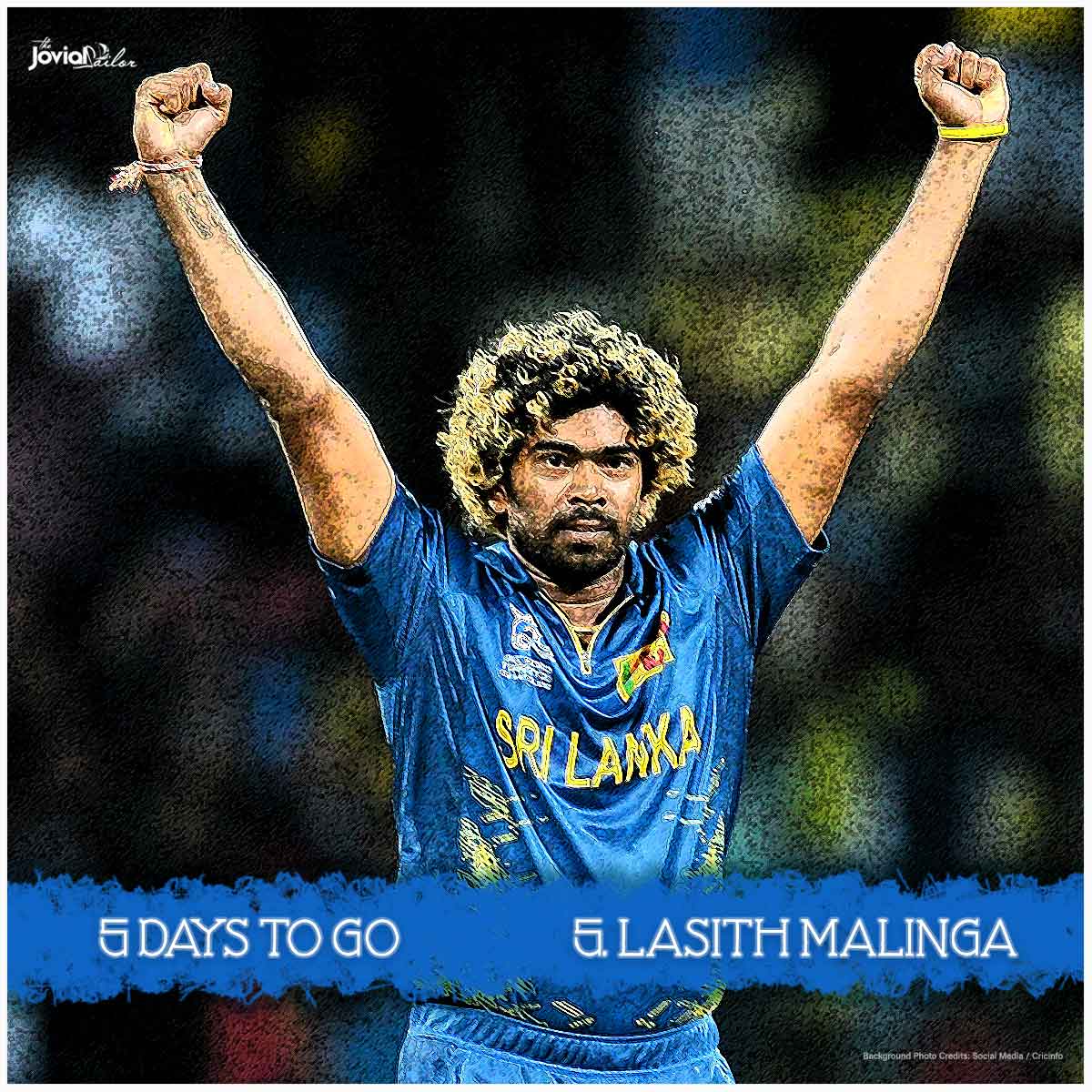 Well, will we see another bowler with such uncanny slinging action again? Sri Lanka begins their quest at ICC Men’s World Twenty20 from October 18, playing their first game against Namibia. Here’s a look at the list of all players and reserves that will be a part of the Lankan contingent.

If you like reading poems and short stories, you will be happy to find good reads here. If you are a fan of cooking delicious recipes, then you can find them here. Do let us know about your favourite memory of Lasith Malinga in the comments section below!